CBD Nation is an excellent documentary about CBD and cannabis that most people will never watch.  You can watch it on Prime Video for $4.99 (rental) or $7.99 (purchase).

Maybe it was supposed to be released in theaters. Maybe it will be free next year.  It’s worth paying this small price to watch this year.  If you have friends and family who are skeptical about medical cannabis, buy it for them as a gift.

The film starts with a study that found high levels of pharmaceuticals in bay mussels.  The obvious contrast is with the cannabis plant that can heal without many of the side-effects of harsh drugs. We then hear true stories of patients, including young Jayden David who had life-threatening seizures.  The legal medical cannabis industry is a patient-driven phenomenon.  Harbourside Medical Center in Berkley provided Jayden with a CBD tincture in 2011.  This medication virtually eliminated his seizures.

Jayden David’s epilepsy was controlled with CBD from cannabis.

Raphael Mechuloum is interviewed briefly at strategic points throughout the film. Mechuloum is the Israeli researcher who discovered THC also discovered the seizure-blocking effects of CBD 35 years ago.

Medical cannabis and CBD are presented as alternatives to harsh pharmaceuticals; and as promising treatments for difficult syndromes such as Graft versus Host Disease (GVHD). This leads to a presentation of the endocannabinoid system – our body’s natural system that helps maintain balance. Our bodies produce natural cannabinoids that maintain the balance of other systems in the body.  Cannabis appears to be a plant that contains substances that help our bodies maintain and restore balance. 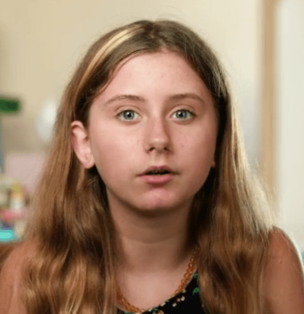 Rylie Maedler was a young girl when she developed an aggressive bone tumor that began destroying the bones in her face. Her mother began researching alternative treatments for shrinking tumors and started Rylie on cannabis oil.  Surprisingly these treatments worked to regenerate the bones in her face and to shrink the tumor. She did not require the reconstructive surgery that is usually needed.  The Delaware legislature unanimously passed “Rylie’s Law” to legalize medical cannabis for children like Rylie.

Veterans with PTSD are then featured. Colin Wells is a founder of the group “Veterans Walk and Talk” who use medical cannabis and hike several times a week in Southern California.  The founder of Irwin Naturals then describes his mission to offer CBD at reasonable prices.

The film is professionally produced and it makes a strong case for cannabis medicine. I wish this documentary could be widely viewed without paying a fee, but I guess that’s not realistic.  Check it out on Amazon Prime Video or Apple Video.  It’s worth the small cost of admission.

The FDA is increasingly cracking down on CBD products in the marketplace. New rules are expected later in 2020 and there has been a lot of speculation about what might be banned. The FDA is charged with (among other things) protecting the public from unsafe foods and drugs. They also have responsibility for regulating “dietary supplements.” They have been active in warning companies that make health claims when marketing CBD, and many companies use the familiar “dietary supplement” label when listing how much CBD is in their products. 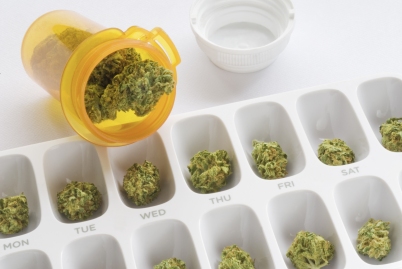 Hemp flower is an agricultural product; and is obviously not a dietary supplement. It closely resembles marijuana, and a few states have even banned “smokable hemp” because it is hard to distinguish it from marijuana. It remains legal in most states, and it is one of the least expensive ways to get CBD and other cannabinoids into your system. The 2018 Farm Bill made hemp legal federally, and the FDA does not appear to have jurisdiction over the sale of agricultural products such as hemp flower.

In 2020 most hemp flower is CBD-dominant, with CBD being the primary cannabinoid present. CBG-dominant flower is newer and less is known about it and its effects.  Studies thus far have found anti-cancer and anti-microbial benefits.  Research is ongoing. If highly-processed CBG products become popular the FDA may step in and regulate them too. CBG flower and CBG-dominant full-spectrum hemp oil will be harder to regulate.

Full spectrum hemp oil is only one step removed from the hemp plant. Hemp oil is created when hemp is processed in such a way that the alcohol and/or oil soluable components are extracted from the plant. These are then dissolved in a neutral oil (such as MCT oil) and they resulting “hemp oil” is sold in small bottles. This oil generally contains CBD if the hemp strain is a high-CBD hemp strain. If the hemp strain is a high CBG hemp strain then the resulting hemp oil will be an oil that is high in CBG instead.

Those of us living in the U.S. are currently awaiting the FDA’s new regulations. While you wait, consider trying hemp flower. Most people seem to be smoking it like marijuana, but vaping is safer. (Vaping the dry herb is much safer than vaping a commercial liquid product.) You can also heat it and eat it. The cost per milligram of CBD is much lower in the raw product and you have a better chance of getting the “entourage effect.”

Beginning with the 2019 Fall harvest the online market has seen a new type of Cannabis for sale. CBG (Cannabigerol) hemp flower refers to the female flowers of hemp plants that are bred to produce primarily CBG rather than CBD.  The flowers actually contain CBGA – the acid form of CBG (just as THC flowers contain mostly THCA and CBD flowers contain mostly CBDA). Heat is needed to convert these acid forms of the cannabinoids to their bioavailable forms (without the A).  Most people know about marijuana flower, often called bud. CBD hemp flower is also becoming popular since the 2018 farm bill legalized it. The difference between these plants has to do with the dominant cannabinoid that they produce. Marijuana flower is highest in THC, while CBD hemp flower is highest in CBD.  The new flower is highest in CBG.

CBG is sometimes referred to as the “stem cell” cannabinoid.  Cannabis plants produce CBGA relatively early in their lifespan and much of it is converted to THCA and CBDA as the plant matures. Plant scientists have bred new strains of cannabis where this conversion has been blocked. Flowers from these plants are high in CBG once the plant material has been heated (decarbed).

When using cannabis medically the goal is to consume enough to get symptom relief without becoming intoxicated or impaired. THC flowers (marijuana), when consumed in enough quantity, make you high (intoxicated). CBD flowers relax you without making you high. CBG hemp flowers are drier than the more traditional CBD flowers and they produce different effects, which are difficult to describe.  If THC gives you a “head high” and CBD gives you a “body buzz,”  then CBG might be said to give you a “mind-body buzz”.  Some users report that CBG flowers enhance the effects of CBD when both are consumed together.  These CBG flowers are so new (as of this post in November 2019) that there is no real consensus as to their effects. Some early users of CBG flower report a clear-headed sense of relaxation without the sedation that accompanies some CBD flowers, but others do report sedation. As with all cannabis, the terpene profiles may also influence the effects. CBG itself is known to fight some forms of cancer, to reduce intraocular pressure, and to fight some infections.

I believe we are still in the early days of understanding these natural healing substances. Hemp that is high in other cannabinoids may be right around the corner.  Innovative companies like PotLuckExpo and Kanabia are already offering hemp-based products featuring exotic natural cannabinoids such as CBG, CBN, and THC-V.  I have updated the shopping section to include note of places to buy GBG Flower Online.

We also have information on how to decarb CBD hemp flower.